The Hilton family and hospitality industry lost one of it’s visionaries this week as Barron Hilton, longtime President of Hilton Hotels died this week at the age of 91. 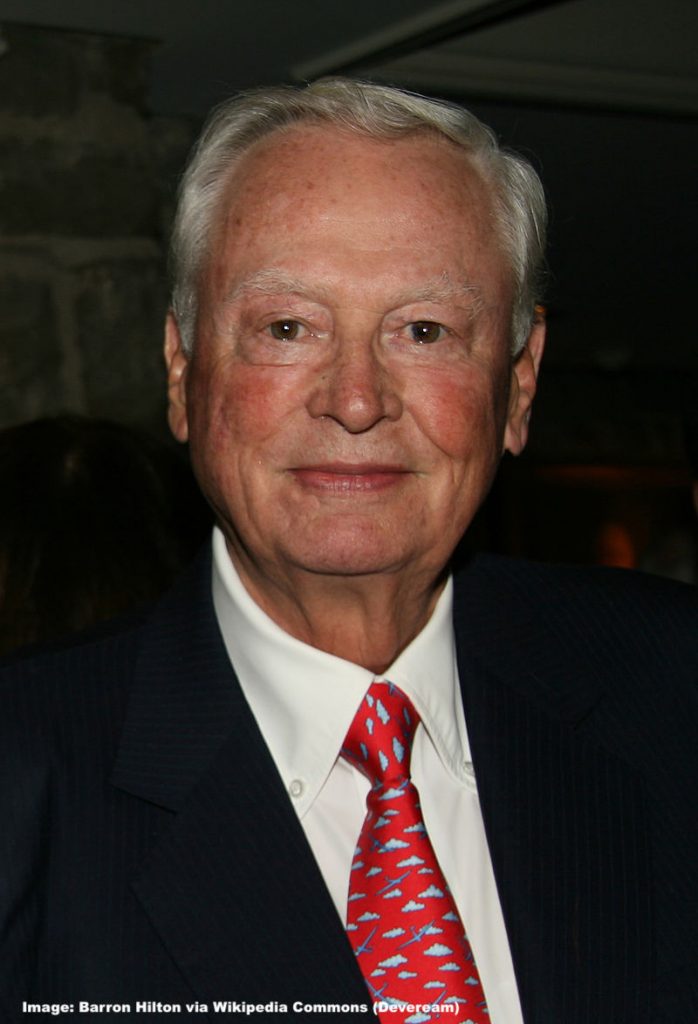 Barron Hilton is the son of Conrad Hilton, the founder of the Hilton Hotels Corporation and has led the company over four decades as President and Chairman of the board.

Like his father Conrad Hilton before him, he pledged 97 percent of his wealth to the humanitarian work of the Conrad N. Hilton Foundation. Hilton Hotels corporation was sold in 2007 to private equity firm Blackstone and renamed Hilton Worldwide.

Barron Hilton, a famed hotelier who helped expand the Hilton Hotels empire and a founding owner of the Chargers NFL football team, has died, the Conrad N. Hilton Foundation announced. He was 91.

“Today the world of hospitality mourns for one of the greats. Barron Hilton was an incredible family man, business leader and philanthropist. From his leadership of our company for more than three decades, to the transformative work he led with the Conrad N. Hilton Foundation for many years, Barron was a man unlike any other,” Hilton president and CEO Christopher J. Nassetta said in a statement. “I always found inspiration in how he saw the tremendous potential of hospitality to change the world for the better – and in the unique and meaningful ways he sought to make that happen. …

Hilton first assumed presidency of the Hilton Hotels corporation in 1966, succeeding his father and helping to expand the hotel business to the empire it is today. Hilton retired 30 years later, although he remained a chairman of the board for another decade until the company’s hotel and gaming operations were purchased by private equity firms in 2006 and 2007.

Prior to his time with the hotel corporation, Hilton served in the navy and helped found the Chargers, a professional football team.

Barron Hilton was the family patriarch and had eight children, 15 grandchildren and four great-grandchildren.

There are now very few families that are tied to the hospitality industry and in fact Hilton has relinquished all control over the company when it was sold to Blackstone. Marriott is still a family led business and the influence of Bill Marriott (now 87) is still strong.

The corporate culture of a family led business especially in the hospitality industry is always much different than one being run by a faceless hedge fund that only tries to make shareholders happy. The better ones at least manage to secure an industry professional as CEO.

The Hilton’s (older generation) pretty much founded the hotel industry and Barron Hilton grew it into what it was in the early 2000s (even though at the time the company also had a lot of debt which Blackstone assumed). RIP!

Alaska Airlines Fixed the Glitch! Get 25% off Flights to Seattle-Everett